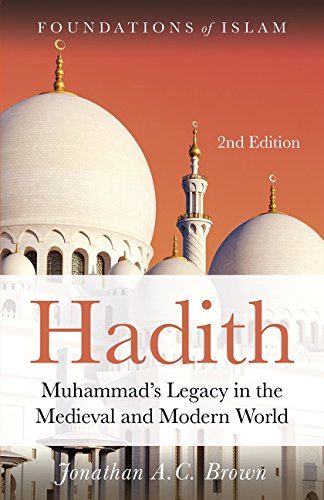 Contrary to popular opinion, the bulk of Islamic law does not come from the Quran but from hadith, first-hand reports of the Prophet Muhammad’s words and deeds, passed from generation to generation. However, with varying accounts often only committed to paper a century after the death of Muhammad, Islamic scholars, past and present, have been faced with complex questions of historical authenticity.

In this wide-ranging introduction, Jonathan A. C. Brown explores the collection and criticism of hadith, and the controversy surrounding its role in modern Islam. This edition, revised and updated with additional case studies and attention to the very latest scholarship, also features a new chapter on how hadiths have been used politically, both historically and in the Arab Spring and its aftermath. Informative and accessible, it is perfectly suited to students, scholars and general readers interested in this critical element of Islam.