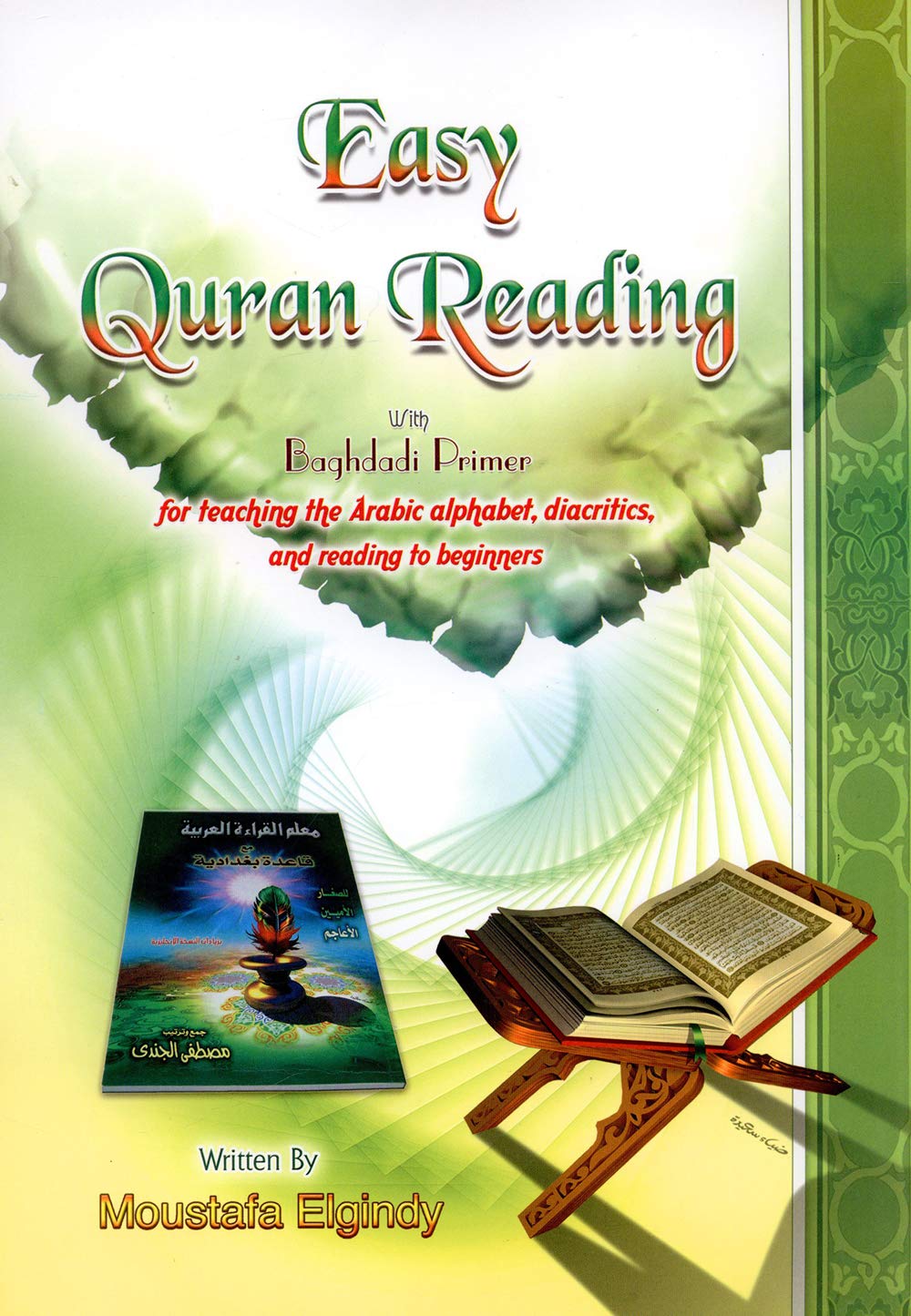 About the book and its contents: The subject of this book is from the original Baghdadi Qaida book. The book uses a gradual system in teaching the alphabet and reading (for children and beginner adults) from using the letters, to forming the word, to forming an Arabic sentence. This is in an organized curriculum that similarly follows what has been used in Egyptian hifz schools. This system is unique from other systems that are currently used in teaching, which use a system that is like an upside down pyramid, starting with the Arabic sentence, moving forward to the word and from the word to the letter – the building block of the word. Then a young student who hasn’t reached six years of age is expected to open a book and read after his teacher lessons with mixed vowel marks (fathah, dhammah, and Kasrah), some with tanween and others with elongation; some with sukoon, some heavy and others light, and some definite and others indefinite. What distinguishes this version of the book? An increase in the usage of the articles and a number of exercises for each lesson. Sound rules with exercises on laam qamariyyah and laam shamsiyyah. Prefixing some particle letters to the definite article. Explanation of the difference between the taa letter in its closed and open form. Hamzat al-wasl and how it’s used at the start in the opening of the Qur’an. The rule when two letters with sukoon meet. Special practicing exercises taken from our other book, Rules of Reciting the Qur’an, covering: Rules of noon saakinah and tanween. Rules of meem saakinah. Attached madd and separated madd. General exercises. Also available on media for your convenience. An interactive, animated CD with distinguished children’s voices covering the same content & curriculum as the book is sold separately.