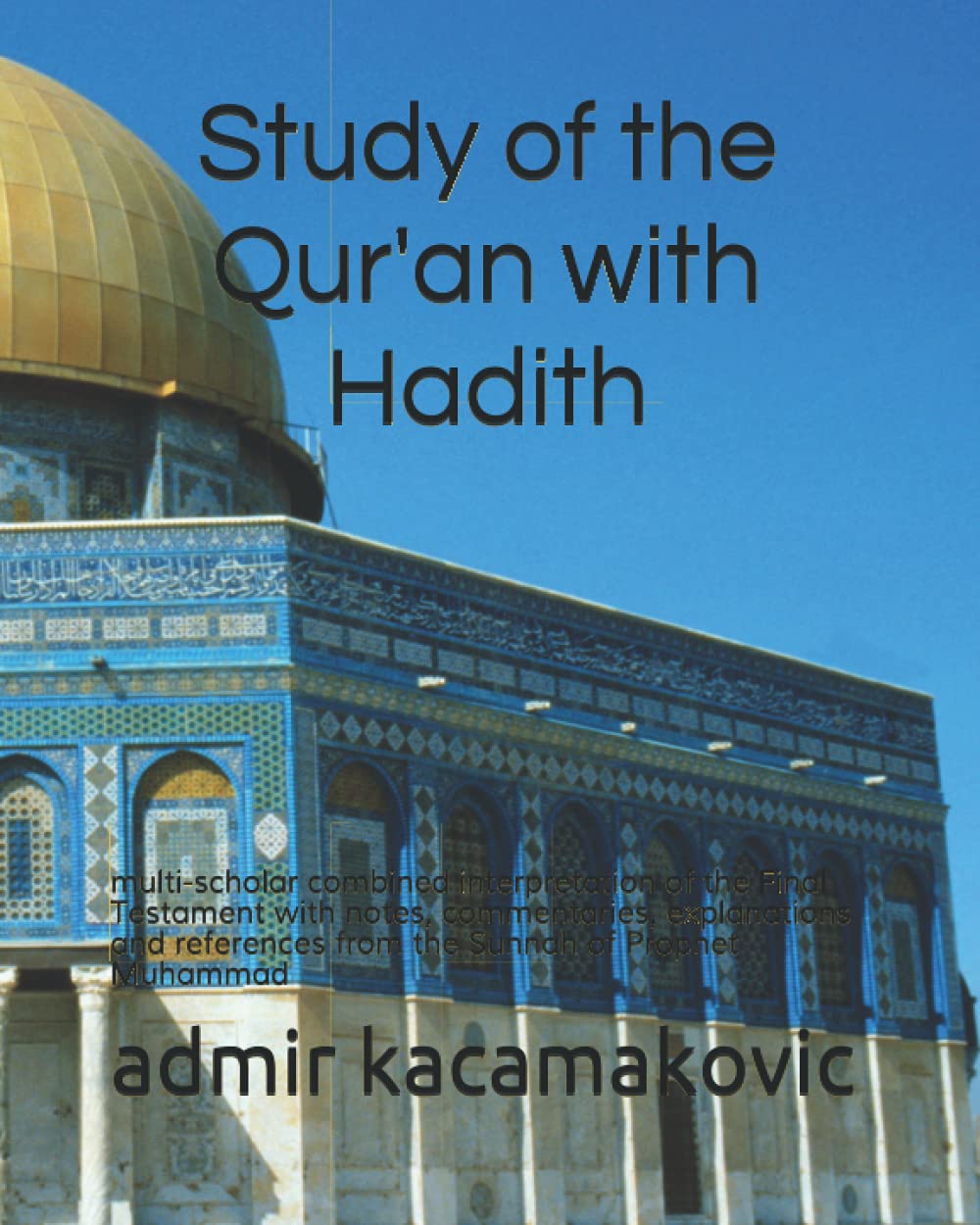 This project combines the work from multiple scholars of Islam who have translated, rather, interpreted the Holy Qur’an, from the original Arabic language into English language. Primarily this project utilizes the interpretation of Muhammad Taqi-ud-Din al-Hilali & Muhammad Muhsin Khan and adds to, and combines the notes, explanations and commentary from the works of Saheeh International and from Dr. Mustafa Khattab; the Clear Quran. Additionally, this project uses references from Tafsir Ibn Kathir, Tafsir Al-Qurtubi, and Tafsir Al-Tabari. Together with hundreds of references from the life and teachings of the prophet Muhammed that are collected in a hadith from Sahih al-Bukhari and Sahih Muslim, this project aims to be the best-improved modern day interpretation of the Arabic Qur’an for the student of Islam, and the student of Qur’an and the Hadith of the prophet.
In this work you will find multiple notes and explanations about the text of the Qur’an that will help you better comprehend the context and the meaning of the text. With the help of the Hadith, you will also be able to read and learn how the prophet Muhammad used, or benefited, or instructed his followers according to the commands which were revealed in the Qur’an.

I have also included, for those that like to compare and contrast, look up references from the Old Testament (Hebrew Bible) and from the New Testament (Christian Bible) at the locations throughout the book where the revelation talks about a similar event that can be found in the previous Scriptures.
This project is divided in 30 parts, like the 30 days of the Lunar month, in the Islamic calendar for those that would like to complete the reading of the Qur’an in one Lunar month. (not recommended to beginners or students of Islam) This division is based from a lecture of Sheikh Imran Hosein, an expert in Islamic eschatology, and an author of multiple books on Islam.
This project uses modern day English language to interpret the text of the Qur’an, every effort was made to remove the ‘old’ or Shakespearian English. This product will deliver a detailed study of the interpreted revelation that the reader would be able to read easily and gain knowledge of the final scripture and guidance to the humankind from their Creator, Allah.