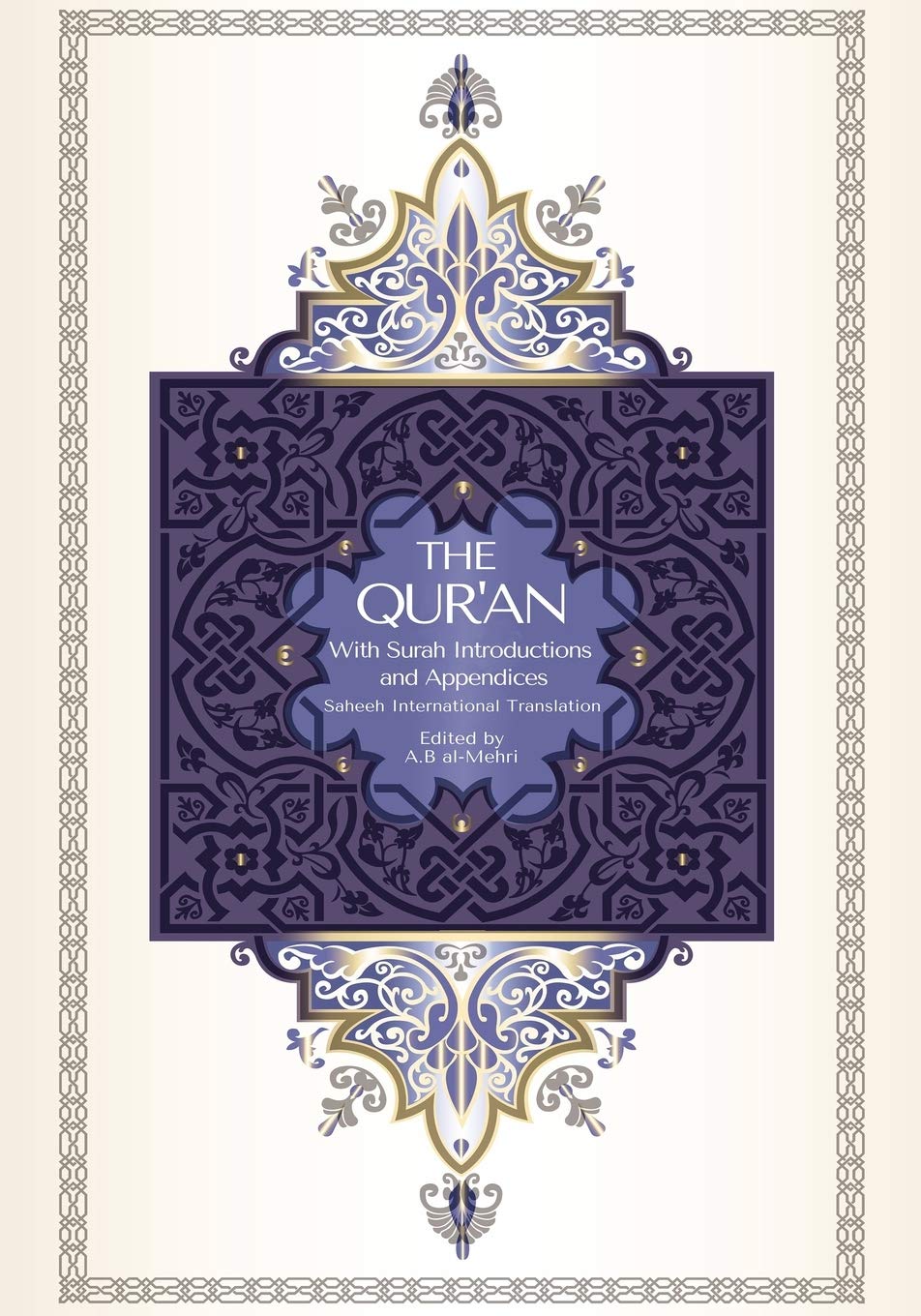 One of the Best Holy Quran Translations Currently Available. This is a simpler, clearer and easier to read translation than many of the popular ones which proceeded it. Saheeh International has reviewed each verse in Arabic with reference to several works of Arabic tafseer and grammar, choosing contemporary wording and carefully placing them in order similar to that of the original Arabic whenever possible.

The Qur’an is the word of the Ever-living God, It has been sent down to guide humanity for all times to come. No book can be like it. As you come to the Qur’an, God speaks to you. To read the Qur’an is to hear Him, converse with him and walk in his ways. Is is the encounter of life with the Life-giver.

‘God – there is no deity except Him, the Ever-living, the Sustainer of existence. He has sent down upon you, [O Muhammad], the book in truth ….as guidance for the people’ [Quran 3:2-3]

‘No person can afford to be ignorant of the Qur’an, for it is the constitution revealed by God (Allah) to regulate and govern human life. It speaks with perfect knowledge of the Creator about his creation. It exposes the truth. It contains important information about human destiny and that of the individual. It educates and raises men to the highest moral, intellectual and social level when they strive to comprehend it and apply its teachings to life.’