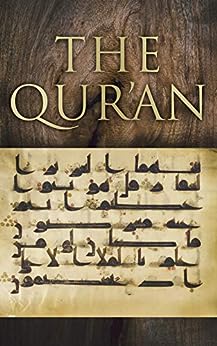 The Quran is the central religious text of Islam, believed by Muslims to be a revelation from Allah.Muslims regard the Quran as Muhammad's most important miracle; a proof of his prophethood; and the culmination of a series of divine messages. The Quran describes itself as a book of guidance for mankind. It offers detailed accounts of specific historical events, and it often emphasizes the moral significance of an event over its narrative sequence.The Quran consists of 114 chapters of varying lengths, each known as a sūrah. Chapters are classified as Meccan or Medinan, depending on whether the verses were revealed before or after the migration of Muhammad to the city of Medina. Each sūrah consists of several verses, known as āyāt, which originally means a "sign" or "evidence" sent by God. The Quranic content is concerned with basic Islamic beliefs including the existence of God and the resurrection. Narratives of the early prophets, ethical and legal subjects, historical events of Muhammad's time, charity and prayer also appear in the Quran. The Quranic verses contain general exhortations regarding right and wrong and historical events are related to outline general moral lessons. In this edition of Quran the sūrahs are ordered chronologically.