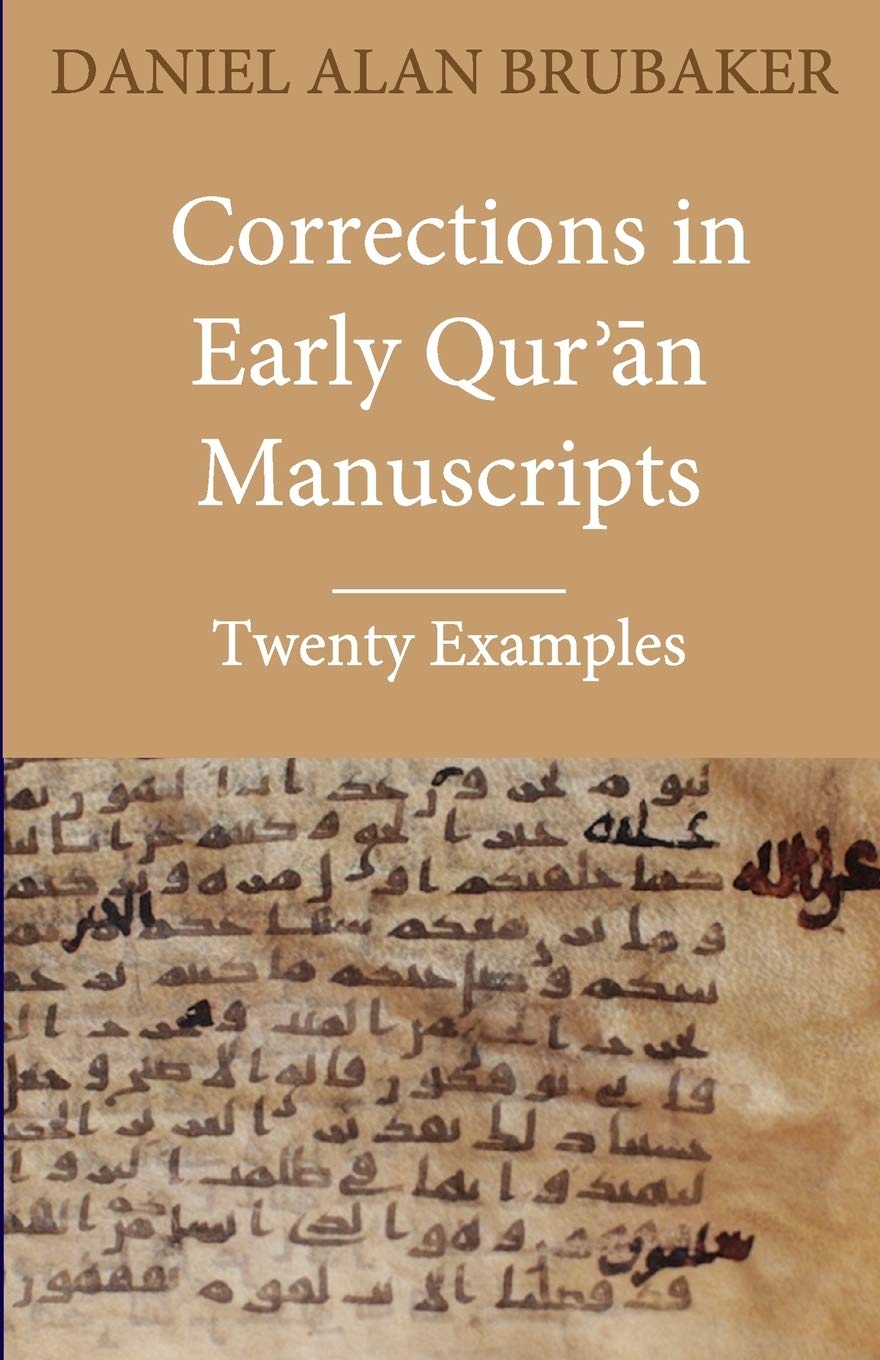 “In Qur’anic research, the text has always been regarded as more or less comprehensible with the help of its Muslim exegetes. In a way, one could qualify the approach as one-dimensional, based on the latest interpretation of an ancient scripture. However, in recent years an increasing wave of Arabic Qur’an editions of different but equally valid Readings has been edited, opening a second dimension, a wide field of research opportunities on the range of scriptural and oral traditions which have led to those different Readings. In addition to these there is a growing activity in editing or presenting early manuscripts of the Qur’an, so that it is not an exaggeration to characterize this stadium as the third dimension of the Qur’an’s history. One of the few remaining pioneers in this domain is Dan Brubaker, who discovers the minute ‘corrections’ on the old parchments, which he investigated in the main collections all over the world. He compares the corrections with the earlier versions underneath, and in his analyses of the different types of corrections he observes even the sensible and frequent “omission” of the word “Allah” in the lower text, or frequent corrections of “rizq” or the eschatological “sa’ah / hour” […] Dan Brubaker’s approach is as modest as it is scientifically sound […]. In addition […], he has found a way to lead the reader through a highly sophisticated topic, so that familiarity with Arabic is not even necessary to follow his arguments.” — Gerd-R. Puin, Universität des Saarlandes (retired)

“It has long been popularly asserted that, in contrast to that of the New Testament, for example, the Qur’an’s manuscript tradition is pristine and perfect, without ever a mark out of place, much less a variation involving whole words or phrases. Brubaker’s fascinating study demonstrates that this is not quite so. What the author has done in this short book is to distill years of research, making accessible to a general readership significant and interesting examples of scribal corrections in some of the earliest Qur’an manuscripts. This book about corrections in handwritten copies of the Qur’an offers its own correction of a widespread but faulty view about the Qur’an.” — Daniel B. Wallace, Executive Director, Center for the Study of New Testament Manuscripts

“With great enthusiasm Brubaker introduces the fascinating field of quranic text criticism to a general audience while never losing sight of the academic rigor required for such. No one has documented more corrections in Qurʾān manuscripts than Dr. Brubaker. Worth reading.” — Marijn van Putten, University of Leiden

“Brubaker has here given a helpful introduction to the body of his research on corrections in Qur’an manuscripts, which is now serving as a reference to a wider group of scholars studying the contours of the Qur’an’s early transmission history. ” — Asma Hilali, University of Lille

Brubaker has surveyed some 10,000 pages of early Quran manuscripts, documenting post-production physical corrections. To date, he has noted and described thousands, with various causes including (but not limited to) simple scribal error. Brubaker is working on several academic books, but has found the subject is also of interest to non-academic readers. “Corrections in Early Qurʾān Manuscripts: Twenty Examples” is an introduction to the range of the phenomenon, written to be accessible to non-specialists. In it, he selects a group of corrections from a variety of early Quran manuscripts of this early period. For each example, he shows a picture and gives a brief description, followed by a diagram showing the correction in relation to a modern standard edition of the Quran.