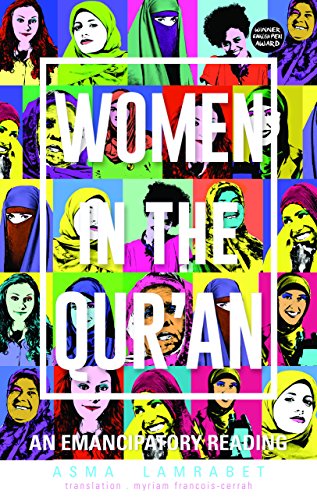 Today, the issue of Muslim women is held hostage between two perceptions: a conservative Islamic approach and a liberal Western approach. At the heart of this debate Muslim women are seeking to reclaim their right to speak in order to re-appropriate their own destinies, calling for the equality and liberation that is at the heart of the Qur'an.

However, with few female commentators on the meaning of the Qur'an and an overreliance on the readings of the Qur'an compiled centuries ago this message is often lost. In this book Asma Lamrabet demands a rereading of the Qur'an by women that focuses on its spiritual and humanistic messages in order to alter the lived reality on the ground.

By acknowledging the oppression of women, to different degrees, in social systems organized in the name of religion and also rejecting a perspective that seeks to promote Western values as the only means of liberating them, the author is able to define a new way. One in which their refusal to remain silent is an act of devotion and their demand for reform will lead to liberation.

Asma Lamarbet is a pathologist in Avicenna Hospital, Rabat, Morocco. She is also an award-winning author of many articles and books tackling Islam and women's issues.

Myriam Francois-Cerrah is a writer and broadcaster whose articles have been published in the Guardian, Salon, and elsewhere.