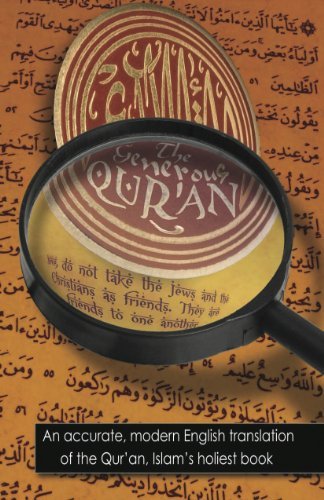 An accurate, modern English translation of the Qur’an, Islam’s holiest book. “The Generous Qur’an” by native Arabic speaker, Usama K. Dakdok, is a true study Qur’an, filled with cross-references, study notes, and a wealth of supplemental information. This much-needed translation reveals many of the flaws contained in the Qur’an, including numerous contradictions and the host of historical and scientific errors that abound within the text. Muslim apologists and Muslim translators have sought to soften and obscure many of the troubling passages within the Qur’an, but this accurate, modern English translation provides a trustworthy and reliable version of the teachings of Mohammed as revealed in the Qur’an.