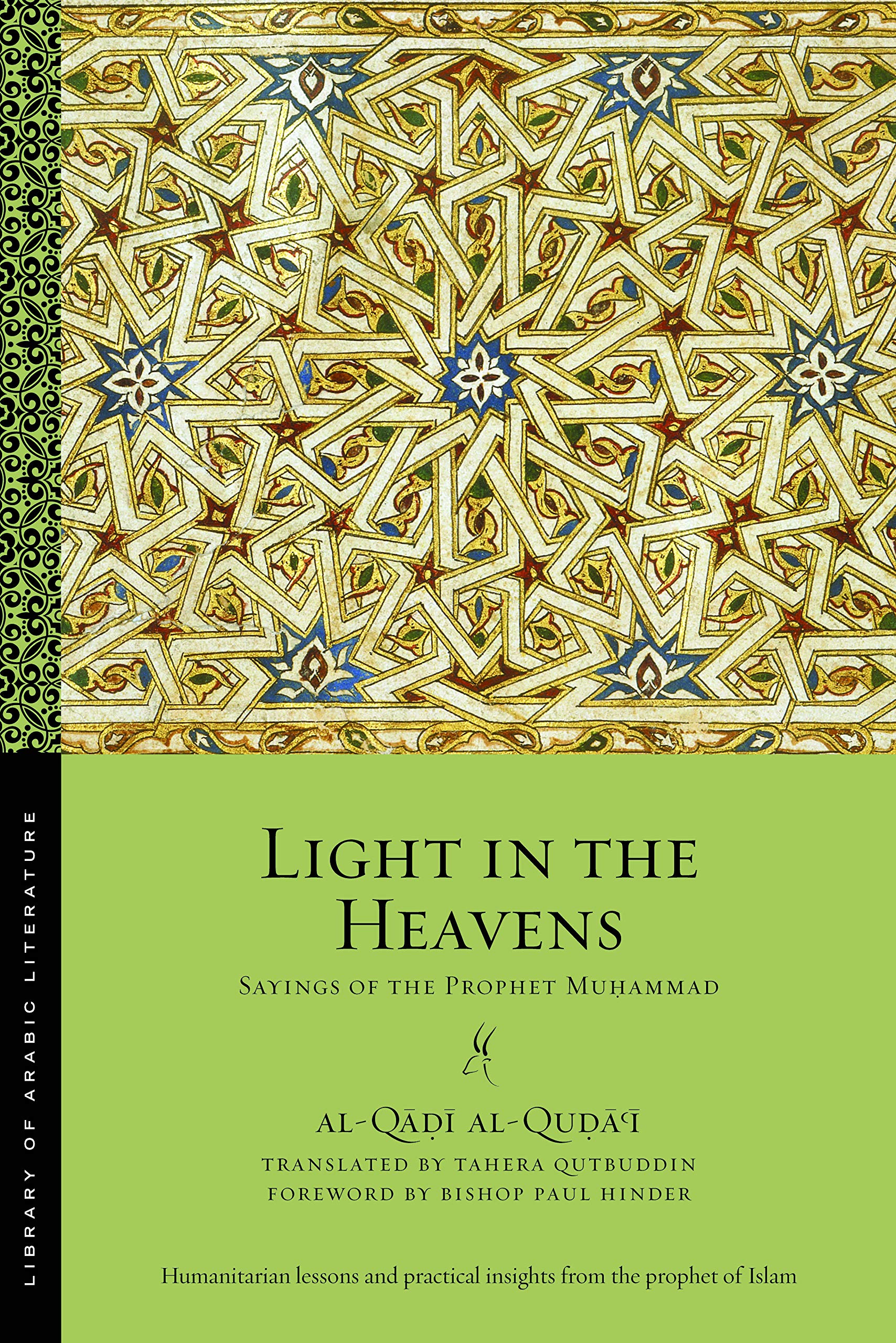 Humanitarian lessons and practical insights from the prophet of Islam

The words of Muhammad, messenger of God and prophet of Islam, have a special place in the hearts of his followers. Wielding an authority second only to the Qur’an, they are cited by scholars in a vast array of disciplines―including law, theology, metaphysics, poetry, grammar, history, and medicine―and are quoted by Muslims to one another in their daily lives.

Light in the Heavens by al-Qadi al-Quda’i, a Sunni judge in the Fatimid court in Egypt, is an outstanding example of a compilation of these sayings, known as hadiths, that circulated orally and were later assembled and written down. From North Africa to India, generations have used Light in the Heavens as a teaching text for children as well as adults, and many of its 1,200 sayings are familiar to individuals of diverse denominations and ethnicities. For Muslims―who consider Muhammad’s teachings the fount of wisdom and the beacon of guidance in all things, mundane and sublime―these sayings provide a direct window into the inspired vision of one of the most influential humans to have walked the Earth.